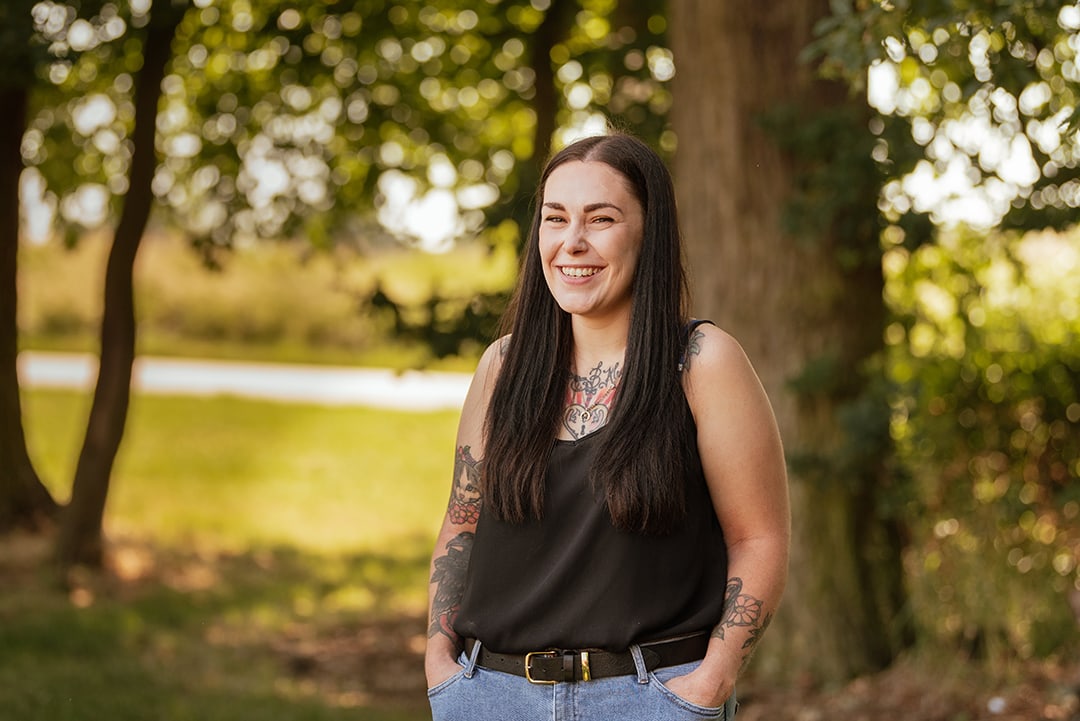 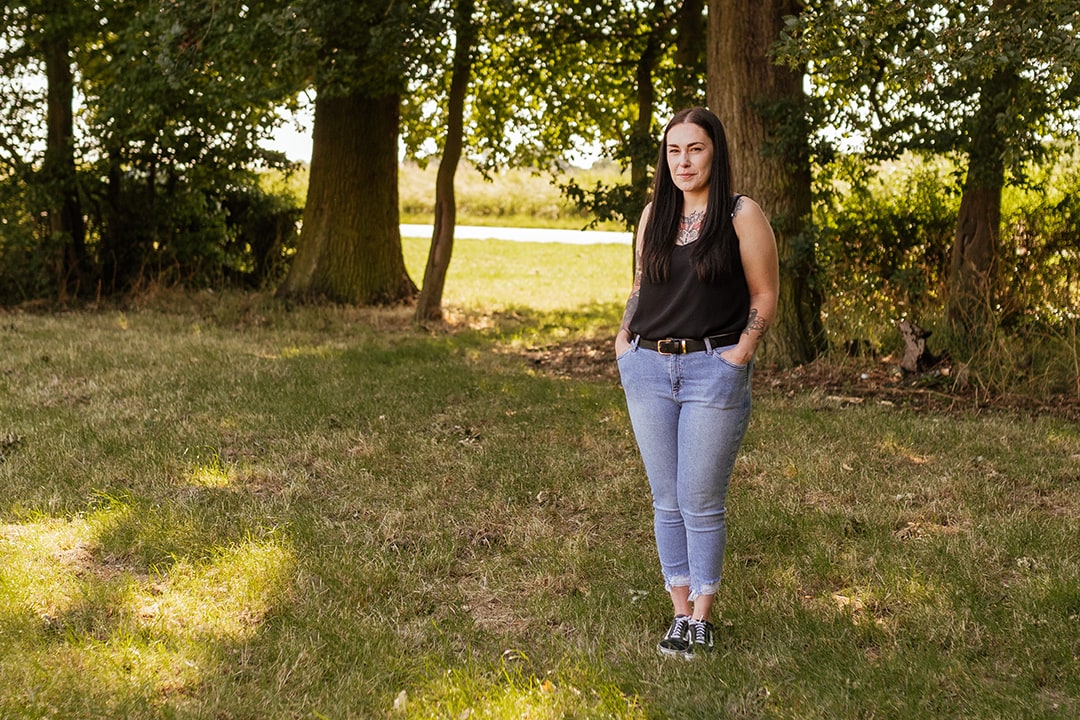 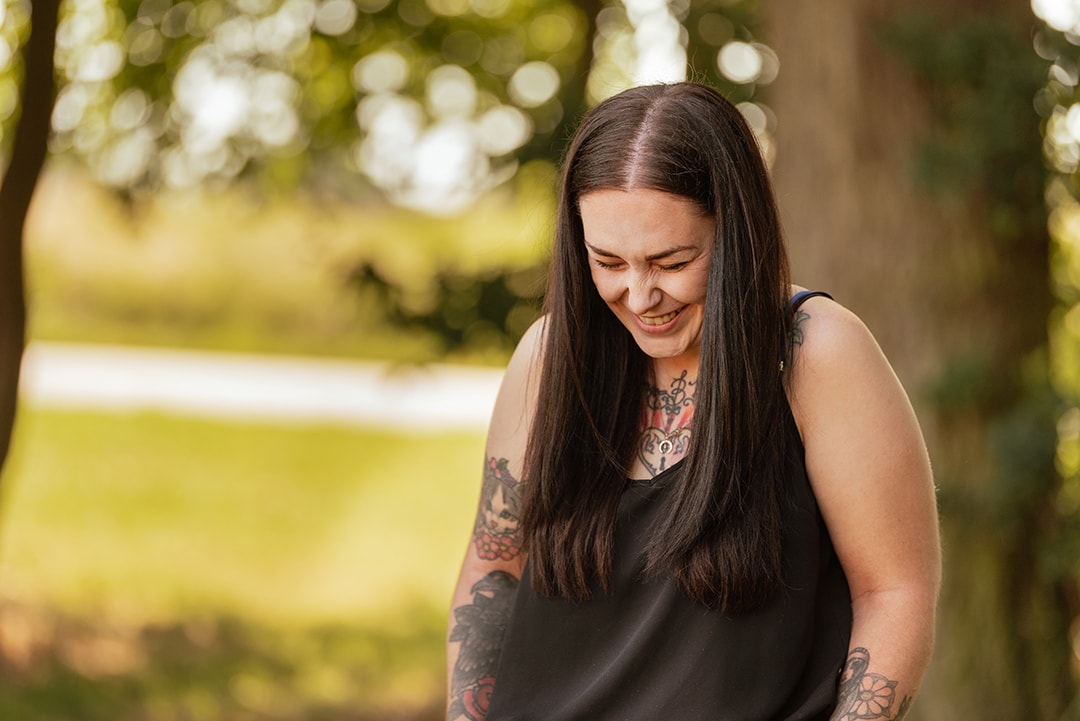 Most of the kids are engaging in it, but not all of them. A lot of them are just kind of going fishing and enjoying themselves. I have to phone my form group every week, and see how they’re getting on and making sure that they’re all alright. Because of safeguarding and things like that. You don’t know how the kids are getting on at home. So you’ve got to ring them and make sure that everything is okay with them and their parents are supporting them and things like that.

It’s quite difficult. Especially, trying to set up the new year seven for next year because they’ve had no support in moving across to secondary school. They’ve not had a day or anything like that. So we’re having to do virtual meetings and with each student and speak to them and their families and their parents. It feels really strange, but we speak to their parents first. And then the kids are just really shy and nervous and they don’t talk to us that much. They’re really sweet. They’ve kind of gotten used to it now, cause I’ve been calling them since March.

We ask them whether they’re getting okay with the virtual learning environment, whether they are still happy and enjoying lockdown and all of the things that they’re doing, if they’re getting exercise and just things like that really. Each teacher in the school has got a form that they deal with so that everybody is being phoned at some point.

They will pick up the work that their teacher has set on Monday at some point during that week. And then they’ll hand it in through the online systems. Then we have to mark it through there. It’s different, because you’ve not got a book in front of you to look at, they just take a photograph of it. Then we have to kind of go from the photo. Some of them scan it in as well. You may end up with a really pixelated image, so it can be quite difficult. But most of them are really good with it.

In year seven, we’ve been doing a project on African masks and they’ve all been making these masks. They get little individual projects with that. So they’ll start by drawing an African animal. And then they’ll change the African animal into a 3D idea of a mask. And then the actual mask will come later. So it’s progressed from them having a drawing to then having a 3D mask.

A lot of them have got parents that’re furloughed so they’ve been able to help them out with things, go and get them bits and pieces or order it online.

My mum got coronavirus and I think I had it as well. I kept having really bad headaches and I felt really hot and cold. I felt like I had the flu, it wasn’t that drastic compared to what my mum had. It was quite, well, it was bad. It was like a bad flu. I was in bed for a while. I had a cough, but I just got migraines.

It just felt like I couldn’t get out of bed or do anything. The schools are closed by that point, but they hadn’t actually set up the online system. Everyone was just, kind of, sent home.

For the first two weeks no one really did anything, cause we didn’t know what to do. That was two weeks before Easter. And then we had Easter, so I had another two weeks off. After that we were given guidance on what we actually needed to do.

I had four weeks of not really doing anything, of that I had about a week of being ill, but the other three weeks I was quite enjoying myself.

It went from like zero to a hundred with the online learning though. A couple of weeks ago, it was literally just like set what you want, the kids will do what they want. If they can’t do certain things, that’s okay. And now it’s kind of like, no, you have to do it now. You need to make sure that you’re doing this. We’re not opening back up, so you’ve got to do it.

I had a moment where on Microsoft Teams, if you’re not invited to a team, you can’t see it. So I was sitting there and they’re talking about all of these different teams but I hadn’t been added to any of these teams. So I had a bit of freak out thinking I’ve got to teach all these kids, and I can’t see what you want me to do. And I don’t know what I’m doing anymore. It’s all gone zero to a hundred.

That was one of the harder moments, but also just being in bed and being really ill and not having a great time the first couple of weeks.

Not being able to see my boyfriend for nearly three months was awful. I kind of enjoyed the time in a way, I did puzzles and I did drawings and all those sorts of things. So I felt okay in myself, but it was a bit lonely not being able to go anywhere or do anything. Stripped of your life.

It was positive having more time and doing more things that I’ve been wanting to do for years. Doing more drawing and I did a couple of horse drawings, which I love, which I’ve been wanting to do for ages. But large scale pieces as well. I’ve been doing puzzles that I’ve not had a chance to do. I’ve finished games on PlayStation, things like that, that I’ve haven’t been able to do. I caught up with my life and had a bit of me time.

I tried out some products and creams and ordered products online and saw what was going to work for me. And grew out my eyebrows because I thought I might as well, I’m at home and I’m not going anywhere. Noone’s going to see them.

It was good spending time with family and enjoying the time that you got. It definitely brought us closer.“

Want to be email besties?
I won't flood your inbox all that regularly, but once in a while I'll pop in with tips, stories, offers (email VIPs always get first dibs) and blog posts I've written that I think you'll like. Privacy Policy