Liz, Pharmacy Assistant – Stories of COVID – Narratives of the Pandemic 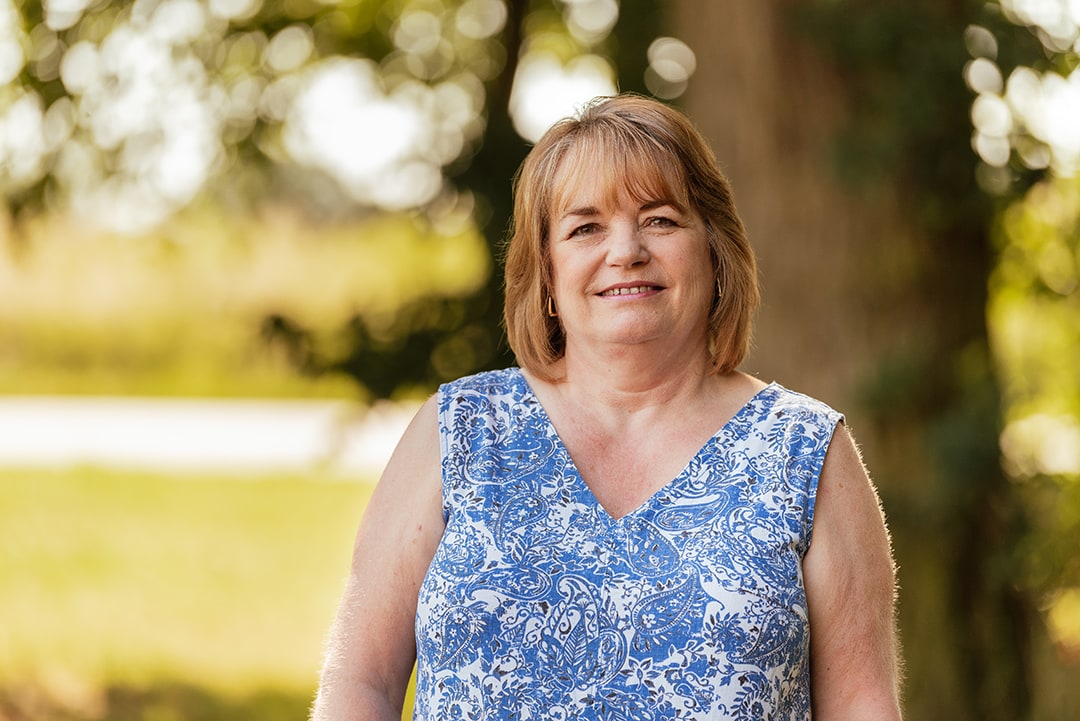 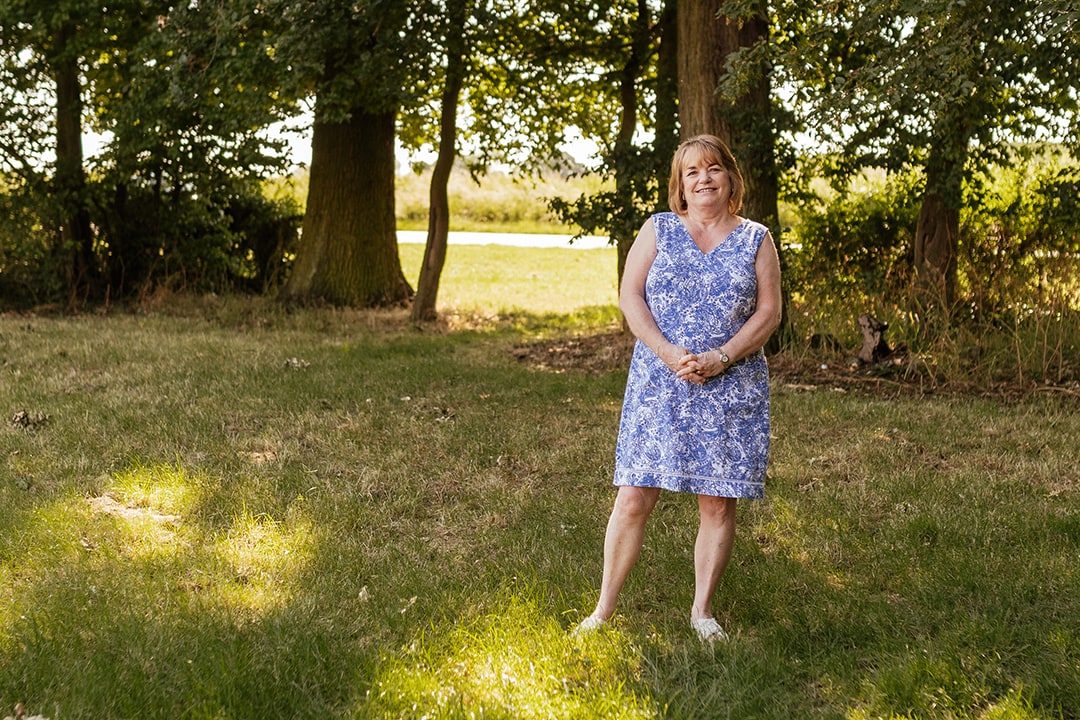 “I’ve worked at the pharmacy for four years. I started off as a healthcare assistant. I worked in the shop, you still need to have qualifications for that so you know all the different medicines. And I’ve trained to be a pharmacy assistant now, so now I can dispense medication as well as serving in the shop.

Working in our shop, it’s one in one out because it’s only a small local pharmacy. The public often don’t see the notice on the door and they just come in and I have to keep saying one at a time please, over and over again.

We were wearing masks, although not so much now, but at the beginning. But I was off for two weeks with coronavirus. I never had a test to say that was definitely it but I had all the symptoms. I was off right at the beginning of lockdown, so I wasn’t there when the transition happened as I was at home sick.

It was a bit scary going back and going into all that. I did wear the mask to start with. It kept making my glasses steam up all the time. I wore the gloves. Although the gloves, they don’t protect you from spreading germs. It’s made me think, I’d go to touch my face and I’d realise oh no I mustn’t touch my face. It made me realise how many times you touch your face and you don’t realise you’re doing it!

The customers, everybody ordered everything they possibly could, because they thought they weren’t going to be able to get prescriptions. That was manic to start with.

They thought they weren’t going to be able to get to see a doctor and it’s all going to go wrong. I think they thought there’d be no medication because there was a shortage of paracetamol.

They kept coming in to ask if we had paracetamol and I think they thought it was going to spread across everything. Our shelves were empty at one point, but that was because of deliveries. It wasn’t really a shortage. It was just, they were buying up all the same things, Calpol and everything. So they ordered loads and loads of stuff. Some people never even collected it, and it’s still sitting in the shop. Cause it was like, just in case stuff.

We had to go over to electronic prescriptions for everybody, which we had been doing before. But because they couldn’t see the doctor, and they now have telephone consultations. The doctor sends the prescription electronically to our pharmacy and then they come down to the pharmacy and we give it to them.

So now everybody’s electronic, which a lot of people were trying to not do because the older people don’t like it. They like to go and collect their prescription.

Apart from that, it’s the social distancing thing, really. With them coming in and then they ask you for something and I have to go out into the shop to get it and they come right next to you. Not everyone got it. Some people didn’t even see the queue. They just walk straight in, in front of the whole queue.

Because I was off for two weeks of it, I can’t comment on what that was like. But just before I went off, it was really, really busy. We weren’t restricting people in the shop then. So there was a queue in the shop all the time. It was quite stressful. I think I missed the worst of it because I was off when lockdown came in. They had to set everything up and they were only open between 10 and 2 to start with, and then it went 10 to 5. Then gradually as things started to settle down, we opened up more and went back to normal hours. We’ve been back to normal hours for about a month now.

I think I had normal coronavirus, which was for the first week. And then I got worse. I was hurting all over, not necessarily achy, but actually hurting all over. I had a temperature that just kept going up and you were sweating and then it would come down again. I had the cough as well.

But when my temperature was really up, you couldn’t really move. It was awful. I was staying in bed ill. You didn’t even want to watch the telly or read, it was just, awful. Then I think I got a sinus infection. I’m not quite sure whether it was part of the coronavirus or what, but I was bunged up and I just blew my nose one morning and it was brown with blood streaks. I knew that wasn’t normal.

I finally phoned 111, told them my symptoms and they sent over some antibiotics to the doctor. My husband collected those for me. I took those. After about three days, I started to feel better. So I’m not sure whether it was part of the sinus thing or, whether the sinus thing is part of the coronavirus or what it was. The doctor said to me, have you had sinus infection before? I’ve never had a sinus infection. It wasn’t something that I’d ever suffered from. I don’t know where it came from.

Because you think you’ve been so ill, then you feel better. You think you’re much better, but actually I was exhausted every day. It was before testing was widely available, right at the beginning of lockdown.

It was really scary. I was worried about ringing 111 in case they said, they’ll send an ambulance to come and take you to hospital. But I did feel ill enough that if they’d had said you have to go, I would have gone. Cause I did feel so rough.

I think my husband got it. He kind of got a headache, but like we thought that he was going to get it worse than he did. He’s on steroids for another illness. The dexamethasone, they’re now using it to treat coronavirus. Cause it’s working. He’s on those anyway, so maybe that was the reason that he didn’t get it as bad, or if he’s just lucky, we don’t know.

Everyone kept saying to me, did you have a sore throat? Did you have a cold? I said, no, it wasn’t that sort of flu. It wasn’t a cold flu. It was achy, horrible, hot and cold.

I lost 12lbs. I just couldn’t eat properly for two weeks. My husband kept trying to find nice things to cook for me, and he’d bring them in. I’d try and eat it cause he’d cooked it and I just couldn’t. It was horrible. But he looked after me.

Before I got ill, in the chemist. We weren’t even wearing any protective equipment. It was like, all happening to other people. And it was all there for us to wear, but we’ve just, I don’t know why, we just didn’t take it seriously enough, I suppose. Until suddenly it was like. And nobody said you had to wear it, it was there if you wanted it. Then I got ill.

I didn’t feel well at work on the Friday, but luckily nobody at work got it. And then I was ill at the weekend and lockdown started on the Monday. So I missed it all. And then it was difficult going back in after two weeks. Cause they’d all been doing all the distancing for two weeks and I hadn’t, I didn’t know what I was doing. I didn’t do it slowly. It was just like there you go, you’re at the front. And I was at the front with people coming in and I was just, yeah, that was a bit scary.

They weren’t open the whole time then, prescriptions were busy, but it’s not people in your face all the time, which was the worst bit. Of course they’re worried, so they’re all a bit stressed as well.

Some customers could be rude, even though this is going on. You know, people keep saying just be kind to everybody, but not everybody understands. Just be kind. I’m just trying to help them.

They expect their prescription to be ready when they’d come in for it. Whereas, they don’t understand that you’ve got thousands. Do you know what I mean? It was actually thousands. We just ran out of space to put them all in the end.

Opposite to rude customers you had some really lovely customers. Some that always said, thank you very much for being open and thank you so much for what you’re doing for us.

And they brought us presents, and some of them cooked for us! This one lady, she’s still bringing them in. About twice a week, she’ll bring us cakes that she’s made.

Some people brought a pack of chocolate biscuits or something.

And some people were really grateful. We’ve had letters saying, thank you for what you’ve done. That was one of the really nice things.”

Want to be email besties?
I won't flood your inbox all that regularly, but once in a while I'll pop in with tips, stories, offers (email VIPs always get first dibs) and blog posts I've written that I think you'll like. Privacy Policy